Home Company News Can WeWork’s Strong Ties To Wall Street Save it? 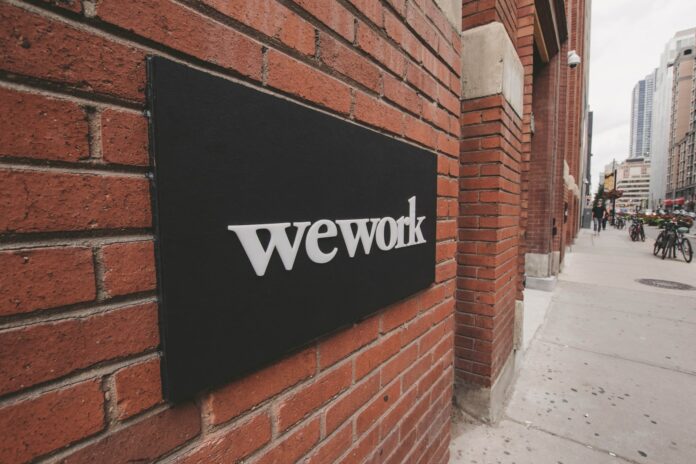 WeWork’s dramatic reversal of fortune since its IPO plans fell through is rocking Wall Street this month. Since unveiling a $900 million loss over six months that caused investors to walk away, the company is strapped for cash.

Without a bailout package, WeWork will run out of cash in November. Since the IPO debacle, Softbank and J.P. Morgan Chase are trying to work out additional funding to save WeWork. It is estimated to be almost a $5 billion financing package led by J. P. Morgan.

Softbank is vying for a controlling stake in the company as a possible solution if the financing package falls through. Softbank already has a stake of $10 billion in WeWork.

The combined financing package led by J.P. Morgan may include equity from Softbank and debt from J.P. Morgan.

Meanwhile, Goldman Sachs is writing down an $80 million loss on its stake in WeWork. Other investors such as Morgan Stanley and Jefferies are both writing down $264 million and $146 million respectively.

Currently, these losses are not substantial for these companies yet. However, a continued downward trend of WeWork’s valuation will cause turbulence on Wall Street.

Since WeWork fired its CEO, Adam Neumann, last month and reduced his voting shares from 10:1 to 3:1, the company is considering layoffs. Goldman Sachs is rallying investors to secure funding for WeWork.

As reported by CNBC, since failed bets on Uber, Avantar, and Tradeweb this year that amounted to a $267 million loss this quarter, Goldman Sachs, like other banks on Wall Street, wants to see a financing package worked out for WeWork.

Ultimately, WeWork’s strong ties with the banks are helping to save it from its IPO debacle. As WeWork’s fortunes play out in the public, Wall Street firms, amidst write-downs, are more important to WeWork than ever.

US Stocks Fall Amid Impeachment Inquiry

American Well and Netsmart Join to Address Opioid Crisis in the...