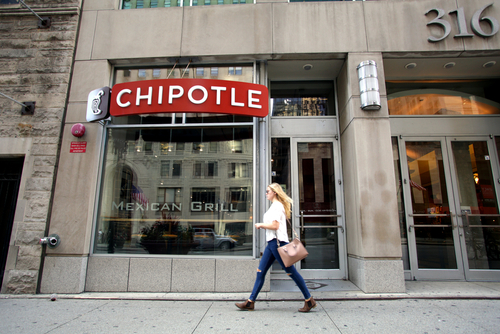 Many American companies are feeling the pressure to pass on higher prices to customers as inflation continues to rise. The news comes just as many companies recently reported their second-quarter earnings. Many of those companies took pre-emptive measures weeks ago by raising prices and are now saying it’s paying off.

For instance, in June, Chipotle said that it was raising prices on its menu items at the rate of 3.5 to 4 percent. The famous Mexican food chain said it was doing it to help offset the expense of raising hourly rates for its workers to $15. The Newport Beach, California-based enterprise reported second-quarter earnings that were higher than its pre-pandemic levels. The company said that it would raise prices again if it needs to, particularly if inflation continues to be a problem.

Chipotle CFO John Hartung said, “There’s still that possibility that we could take additional pricing action to fully close the gap…Let’s see how the menu price continues to be accepted by customers. So far, really, really good. Really seeing no resistance whatsoever.”

Conagra CEO and president Sean Connolly said, “We began implementing pricing actions on some of our products in the fourth quarter related to the initial inflation we experienced. The very early read on the data from those actions is that our elasticities look good so far, and we have more pricing coming.”

Domino’s Pizza said raising prices is “one of the levers” it can use to help offset increased wages for its workers. The company’s CEO, Richard Allison, Jr., said his company had increased its menu prices and delivery fees slightly.

PepsiCo said it would follow suit. Ramon Laguarta, PepsiCo’s CEO, said, “Same as everybody else. We’re seeing inflation in our business across many of our raw ingredients, and some of our inputs in labor and freight and everything else.”

Prices on goods continue to rise quickly as the economy recovered from the COVID pandemic. However, the Delta variant is now surging across many areas of the country, leading to a more unsettled economic outlook and prolonged recovery.

Companies are saying they have no choice but to raise prices to help offset the elevated costs of raw materials, labor, and other expenses in doing business.

PepsiCo’s CFO Hugh Johnston acknowledged: “Is there somewhat more inflation out there? There is. Are we going to be pricing to deal with it? We certainly are.”

But, the Federal Reserve thinks the inflation is just temporary and will flatten out sooner or later. The Reserve believes the high costs are the result of demand outpacing supply.