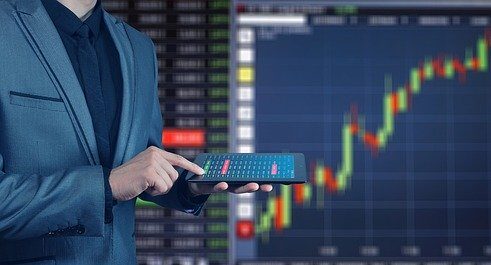 E-trade added 329,000 new trading accounts during the first quarter, a record for the platform. In its second quarter, it nearly matched the first by adding 327,000 new accounts. The surge was due to a retail investing boom prompted by the market turmoil during the coronavirus.

E-Trade, TD Ameritrade, Charles Schwab, and Robinhood – the four major online brokers – have all added new accounts and seen surging trading activity amid the coronavirus recession. As a whole, the brokerage industry saw a gold rush in its retail division as smaller investors saw opportunities in the online trading market.

The Arlington, VA-based brokerage earned 88 cents a share on $716 worth of revenue. According to Refinitiv, analysts anticipated 76 cents a share with revenue of $676 million.

Chad Turner, E-Trade’s Chief Financial Officer, said: “We generated our highest period ever of revenue from trading-related activity, which more than offset the quarter-over-quarter pressure on net interest income, given the Fed’s recent rate cuts to near zero.”

E-Trade’s year-to-date asset flow for retail stands at $31.9 billion, with its account growth standing at 656,000.

Morgan Stanley is set to acquire E-Trade during the latter half of 2020 for 13 billion in stock purchases.