Consumer confidence is at a 14-month high in the U.S. amid optimism over getting the country back to work. The Conference Board released the results of a survey that showed economic growth was vigorous during the second quarter, while an economic recovery is somewhat bumpier than hoped for.

There are concerns over rising inflation as stimulus support is expected to diminish.

Naroff Economics chief economist, Joel Naroff, commented: “Economic activity is getting back to where it was before the pandemic hit. So why aren’t people more exuberant? We might want to start blaming inflation.”

The Board’s survey showed that the labor market differential, which highlights a respondent’s view on whether there are enough jobs to go around, had a reading in April of 21.6. Confidence rose in May with a differential of 34.6. The differential correlated to May’s job openings, showing a record 8.1 million jobs available in the U.S. However, a labor shortage is ongoing and interfering with job growth. Almost ten million U.S. workers are unemployed. The labor shortage has been attributed to inflated unemployment benefits which included a $300 weekly subsidy from the U.S. government. Also, there’s a shortage of child care, preventing many parents from returning to the workforce.

But many are optimistic that the labor pool will return to normal when the benefits from the stimulus package expire in September and schools return to in-person learning in the fall.

As COVID-19 restrictions are lifted, demand for goods is higher than ever, but supply constraints are causing rising prices for nearly every type of good.

Meanwhile, Wall Street stocks have been mixed. Treasury prices have been higher while the dollar has remained steady.

The Commerce Department reported a 5.9 percent decrease in new home sales. There’s an almost record-low inventory of houses that have been previously owned, especially on the lower-end. This has fueled demand for higher-end housing as more Americans work from home. The problem is that the pandemic disrupted the labor supply at mills and ports, creating a shortage of raw building materials and lumber. This has stunted the ability of builders to speed up construction of new houses and expand on available inventory.

But Federal Reserve officials and top economists don’t believe there’s another housing bubble forming. They say the surge is primarily due to a supply and demand gap rather than subpar lending practices, which fueled the 2008 financial crisis. 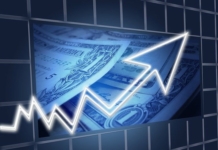 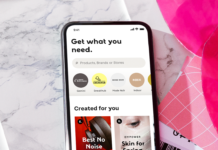 Klarna Has $640 Million Funding Round

Klarna Has $640 Million Funding Round