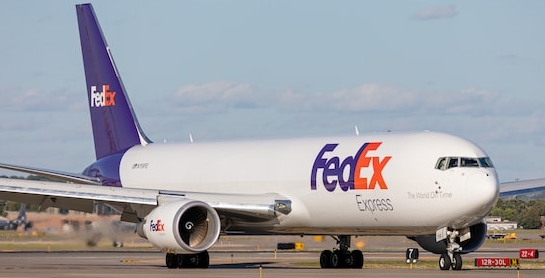 Federal Express has withdrawn its full-year guidance amid much weaker first-quarter earnings and revenue. The company has announced that it is also cutting costs after the global volume of shipments was softer than expected.

As part of its measures to slash expenses, FedEx plans to close 90 of its offices and postpone hiring for now. The company is also closing five of its corporate locations, canceling projects, and reducing its flights.

FedEx CEO Raj Subramaniam said in a news release, “Global volumes declined as macroeconomic trends significantly worsened later in the quarter, both internationally and in the U.S. While this performance is disappointing, we are aggressively accelerating cost reduction efforts.”

FedEx released its quarterly results earlier than expected and planned to hold a conference call with its executive next week.

For the fiscal quarter ending August 31, FedEx reported earnings per share of $3.44. According to Refinitiv, Wall Street analysts had predicted $5.14 per share. The company’s revenue came in at $23.2 billion, slightly shorter than the $23.59 billion forecast. FedEx also had $1.23 billion in adjusted operating income for the quarter.

The weak results prompted FedEx to withdraw a full-year 2023 forecast it put out in June. FedEx also slashed its forecast for capital expenditure for next year by $500 million and called for $6.3 billion.

FedEx said there was weakness in Asia and challenges to European service that contributed to underperforming in the first quarter. Collectively, the factors impacted the volumes of shipments while operating expenses continued to increase.

The company expects that it will have at least $2.75 earnings per share for its fiscal second quarter, with revenue between $23.5 billion to $24 billion. Wall Street analysts had predicted $5.48 earnings per share with $24.86 billion in revenue.

During extended trading on Thursday, FedEx shares were around 23 percent lower.