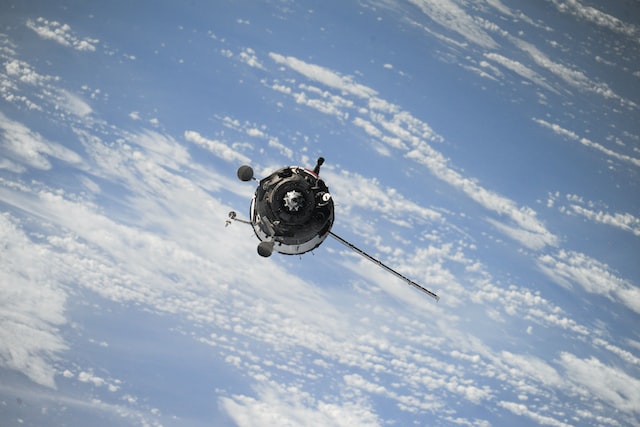 On Monday, Google unveiled its new spin-off, Aalyria, formally a secret project that the multinational technology company says “radically” makes satellite communications, cellular connectivity, and Wi-Fi on ships and planes, even better. Google’s techs have been working on the software that enhances land-to-space high-speed communication networks.

The project was given the codename “Minkowski.” The startup has already nabbed an $8.7 million defense project with a government entity, U.S. Defense Innovation Unit.

Alphabet said that early in 2022, it transferred nearly 10 years of assets, including IP, patents, tech, and office space, to Aalyria.

The Mountain View, California-based company said that it claims laser communications technology “on an exponentially greater scale and speed than anything that exists today.” Google has already used the software platform in various aerospace network projects.

Google’s spin-off comes just as its parent company, Alphabet, is dealing with a slowdown in ad spending and the company is making changes to its experimental projects. That is prompting Google to seek outside funding for projects that have been sitting for years that it wants to move forward.

Verily, a life sciences company, and Waymo, a self-driving car manufacturer, have both raised capital from outside investors. Meanwhile, Alphabet closed off some similar projects, including Makani. That initiative built power-generating kites, while another project, Loon, featured an internet-beaming balloon business.

Aalyria will be led by Chris Taylor, who will be the company’s CEO. Taylor has worked previously as CEO for other companies that worked with the government as a national security expert. Aalyria’s advisors include many of Google’s previous executives and employees in addition to the company’s chief internet evangelist, Vint Cerf. Cerf is considered to be a father of the internet.

Google will continue to have a minority stake in Aalyria, although it has not disclosed what percentage of the startup that it owns or how much it has raised in outside funding. But it did acknowledge earlier this year that it had transferred almost 10 years’ worth of physical assets, intellectual property, and patents to Aalyria.

Aalyria calls its light laser technology “Tightbeam,” and said that it keeps data “intact through the atmosphere and weather and offers connectivity where no supporting infrastructure exists.”