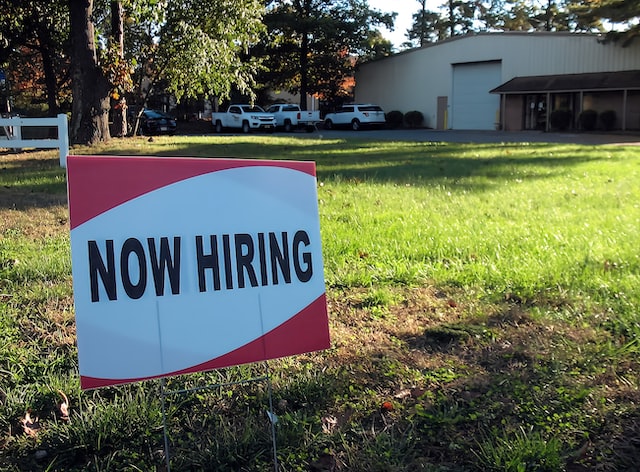 July’s Job Openings and Labor Turnover Survey (JOLTS) showed the total number of open job positions sat at 11.24 million, almost one million more openings than was expected and 200,000 more than June’s number of available jobs. JOLTS is compiled by the Bureau of Labor Statistics and the U.S. Department of Labor.  The Federal Reserve monitors the JOLTS statistics for hiring signs.

FactSet estimates had predicted 10.3 million available jobs. The actual figure for open jobs was almost double the number of workers available to fill the positions. July had 5.67 million available American workers. The Bureau of Labor Statistics reports that the metrics are a sign showing that the labor market in the U.S. is very tight and showing inflationary pressures because it means that employers have to pay high wages to attract the workers needed, even though inflation is rising faster than it has in over 40 years.

July’s numbers showed that there remains a shortage of American workers to fill all of the available job positions in the U.S. Job openings outpaced available workers at a measure of almost two-to-one.

Still, hiring fell to 6.38 million in July, while job quits dropped to 4.18 million. Job quits are considered to be a metric of worker confidence.

But, switching jobs has overall been lucrative during the COVID-19 pandemic as those who changed jobs have seen an average increase of 6.7 percent in their annual wages. Workers who stay at their present jobs are only likely to see a 4.9 percent annual rise in their wages.

The latest JOLTS report was released just three days before August’s Bureau of Labor Statistics nonfarm payrolls release, which will come on Friday. Dow Jones’ growth estimate sits at around 318,000. However, the excess number of job openings could be good news as businesses continue seeking talent for their open job positions.

In June, Federal Reserve Chairman Jerome Powell remarked about an “extremely tight labor market” as he spoke about the central bank’s measures to lower inflation. He stressed that future rate hikes would likely lead to “below-trend economic growth and some softening in labor market conditions.” He also added, “Such outcomes are likely necessary to restore price stability and to set the stage for achieving maximum employment and stable prices over the longer run.”

But, because hiring demand is still strong, it could indicate that previous interest rate increases haven’t slowed growth in the way the Fed expected.

Most investors believe that the Reserve will issue a third three-quarter point rate hike during its meeting in September to continue its countermeasures in lowering inflation.