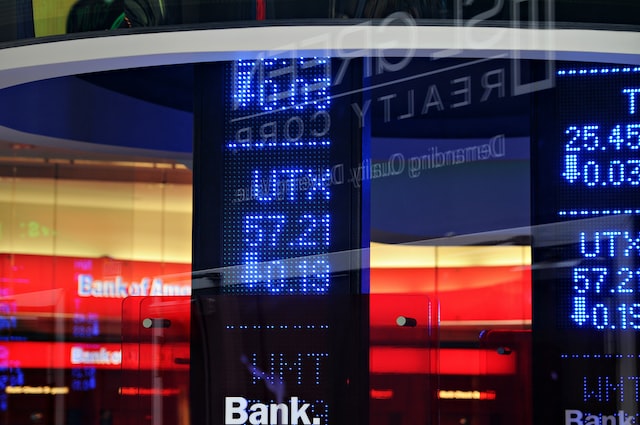 On Friday, stocks fell sharply after Jerome Powell said that the central bank would continue its fight against inflation.

For the week, all three major averages suffered losses, with the Dow ending 4.2 percent lower, the Nasdaq losing 4.4 percent, and the S&P 500 shedding 4 percent.

Powell’s comments reflected his firm position in countering inflation, leaving investors to ponder what it would mean if interest rates are increased at next month’s Reserve meeting and/or left higher indefinitely.

Powell said, “The Federal Open Market Committee’s (FOMC) overarching focus right now is to bring inflation back down to our 2 percent goal. Price stability is the responsibility of the Federal Reserve and serves as the bedrock of our economy. Without price stability, the economy does not work for anyone. In particular, without price stability, we will not achieve a sustained period of strong labor market conditions that benefit all. The burdens of high inflation fall heaviest on those who are least able to bear them.”

Powell continued by saying, “Restoring price stability will take some time and requires using our tools forcefully to bring demand and supply into better balance. Reducing inflation is likely to require a sustained period of below-trend growth. Moreover, there will very likely be some softening of labor market conditions. While higher interest rates, slower growth, and softer labor market conditions will bring down inflation, they will also bring some pain to households and businesses. These are the unfortunate costs of reducing inflation. But a failure to restore price stability would mean far greater pain.”

The S&P closed at a solid 4,305.20 on August 16, but since that time, the S&P has shed more than 5 percent, essentially erasing its earlier gains.

Gold ended 1.22 percent lower on Friday, culminating in a negative week. The energy sector, though down on Friday, rallied for the week, adding over 5 percent to its value. Higher crude oil prices led to the rally, with West Texas Intermediate adding 1.7 percent for the week. The big winner in the energy sector was APA Corp, which added 10.9 percent during the weeklong energy rally.

Some of the stocks making the biggest moves on Friday were Farfetch, Electronic Arts, and Affirm. Farfetch, an online fashion luxury retailer, saw its shares rise almost 30 percent after announcing that the company surpassed quarterly earnings predictions. Electronic Arts also saw gains of approximately 5 percent when news broke that Amazon was expected to pitch an offer to buy the game publisher. However, there is no confirmation of such a deal. Affirm shares, though, fell by more than 20 percent after it reported larger quarterly losses than expected.

Later in the trading day on Friday, communication services, consumer discretionary, and information technology saw the biggest losses in the S&P, down by 3.3 percent, 3.3 percent, and 3.4 percent, respectively.

The utility and energy sectors were the best performers in the index, up by 1.1 percent and 0.6 percent, respectively.

Once Powell delivered his speech, the U.S. two-year Treasury yield and the March 2023 fed funds futures were around 0.5 percent higher, setting a path for stocks to slump thereafter.

But there was some good news for the week. The University of Michigan consumer sentiment index beat economists’ expectations, potentially offsetting Powell’s rather tough speech. The final reading for the index in August came through at 58.2, which was higher than July’s 51.5 and well above economists’ predictions of 55.3.

In other good news, inflation expectations for the year ahead fell from 5.2 percent to 4.8 percent in July, marking its lowest reading for the year.