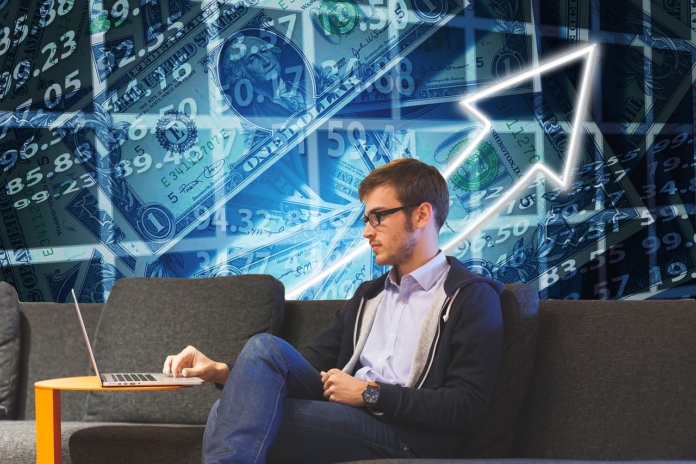 Tech stocks had a robust start on Monday, pushing the Nasdaq Composite to record high levels. The Nasdaq was up by 0.7 percent, while the Dow Jones Industrial Average struggled and plummeted 180 points due to anemic transport and energy stocks. Meanwhile, the S&P 500 remained flat.

Meanwhile, regulators told Boeing that it was not likely to get certification until 2023 for its long-range aircraft. The news sent Boeing shares tumbling more than 3 percent. Earlier in June, Boeing CEO Dave Calhoun had acknowledged that certification likely wouldn’t be expected until the latter part of 2023.

On Monday, most of the Treasury yields pulled back. The 10-year benchmark Treasury yield slipped nearly 1.47 percent. The pullback happened after a strong win for Wall Street last week when stocks performed their strongest in months.

The S&P closed out last week at a record high, settling at 4,280.70. The Dow was also 237 points higher. And though the Nasdaq was lower last Friday, it rose 2.35 percent for the entire week, marking its best performance since April 9. All in all, for June, the Nasdaq is 4.45 percent higher.

Stocks trended higher last week despite a Commerce Department report showing that its inflation indicator went up 3.4 percent during May. It marked the quickest increase since the 1990s.

Investors had been taking a wait-and-see approach in analyzing the current trends of inflation. Increases in the core personal consumption spending index usually are a cause of concern for investors. That’s because the Federal Reserve usually sees it as a worrying inflation trend. But, investors are becoming more confident that inflation won’t be sustained and that rising inflation is likely temporary.

The Labor Department is set to publish its June jobs report on Friday, which could shed more light on current economic trends. Investors are likely to analyze the report for wage inflation signs. Employers have been struggling to find workers to fill open job positions.

Economists predict an increase of 683,000 nonfarm payrolls during June. The figure would top May’s count of 559,000.