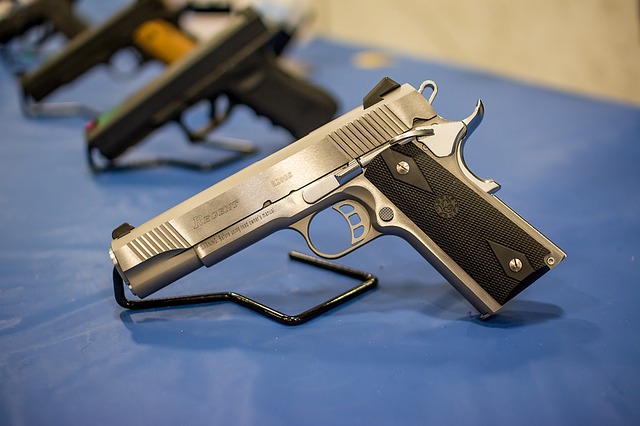 In what some would consider a bold move, Walmart announced today that it will no longer sell handgun and short-barrel rifle ammunition when its current inventory is sold off. This includes .223 and 5.56 caliber ammunition that is used in assault-style weapons.

The world’s largest retailer also plans to stop selling handguns in Alaska, the only remaining state where it currently stocks handguns. The store will continue selling long-barrel deer rifles and shotguns, as well as the ammunition for those guns, in about 3,900 of its stores.

The move comes one month after a gunman walked into an El Paso, Texas Walmart and killed more than 20 people during a shooting rampage.

Walmart is also asking its consumers to stop carrying guns into all of its U.S. stores as well as its Sam’s Club stores located in states that allow open carry weapons. However, the retailer will allow gun owners who have concealed carry permits to continue to bring weapons in its stores.

The retailer is trying to stay loyal to its “law-abiding” customer base who own guns while improving safety in its stores for both customers and employees.

Doug McMillon, Walmart’s CEO, said: “It’s clear to us that the status quo is unacceptable.” The statement was made in a memo to Walmart’s employees.

McMillon said the rise in recent mass shootings, including the one in El Paso, prompted the changes in its gun policies.

The retailer is also pressuring Congress to enforce stronger gun safety measures. McMillon said that he planned to send letters to congressional leaders and the White House as a “call for action”, pressing for “common sense” gun safety. He said Congress should consider expanding background checks as well as reauthorization of the assault weapon ban.

“We encourage our nation’s leaders to move forward and strengthen background checks and to remove weapons from those who have been determined to pose an imminent danger,” he said. “Congress and the administration should act. Given our decades of experience selling firearms, we are also offering to serve as a resource in the national debate on responsible gun sales.”

Recently, Walmart said the company has approximately two percent of the gun market and nearly 20 percent of the ammunition market. McMillon estimates that the retailer’s policy changes will reduce its market share of ammunition from 20 percent to between six percent and nine percent.

“We believe it will likely drift toward the lower end of that range over time, given the combination of these changes,” McMillon said.

McMillon acknowledged that he was a gun owner and said the store wanted to avoid alienating customers. He said the remaining assortment of gun inventory will focus on the needs of sport shooting and hunting enthusiasts.

SunPower to Restructure so it Can Focus Solely on Residential Solar...

The S&P Doubled its Pandemic Low Closing on Monday