Verscend Technologies, Inc. announced on August 24 that it has completed its acquisition of Cotiviti Holdings, Inc. (NYSE: COTV) in a deal worth approximately $4.9 billion following approval from Cotiviti shareholders. Cotiviti stock will no longer be traded on the New York Stock Exchange. Cotiviti shareholders will receive $44.75 in cash for each share of Cotiviti common stock that they own. American Stock Transfer & Trust Company has been made paying agent for the merger. The combined company will operate privately under the Cotiviti name with Dr. Emad Rizk as CEO and President. Rizk said in a statement, “With our new capabilities across payment, quality, risk, and the combination of clinical and financial data, Cotiviti will be unmatched in its ability to create differentiated value for its clients.” William Blair and Goldman Sachs served as financial advisers to Cotiviti for this transaction alongside JP Morgan and Morgan Stanley as Verscend’s financial advisers. 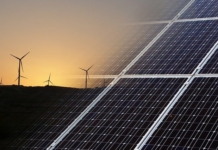