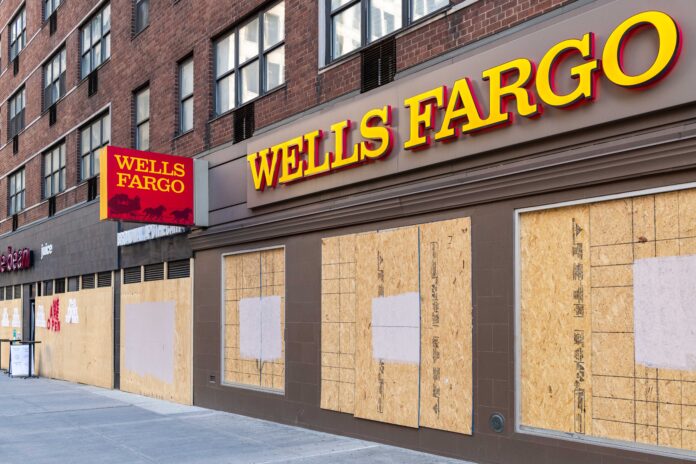 Wells Fargo has reported a net loss of $2.4 billion for the second quarter of 2020. This marks a loss of 66 cents per share, its first loss for any quarter since the Great Depression. Analysts had previously expected a 20 cents loss per share.

Revenue was also weaker than expected at $17.8 billion. Analysts had predicted $18.4 billion.

The San Francisco-based banking enterprise announced a quarterly dividend of ten cents per share, a marked reduction in its expected payout. Altogether, analysts say it indicates that the bank is less than optimistic about the next year.

Charlie Scharf, Wells Fargo CEO, said: “We are extremely disappointed in both our second-quarter results and our intent to reduce our dividend. Our view of the length and severity of the economic downturn has deteriorated considerably from the assumptions used last quarter, which drove the $8.4 billion addition to our credit loss reserve in the second quarter.”

The mammoth banking corporation was expected to post a loss because it announced that it planned to set billions of dollars aside for failed loans during the pandemic. Its 2016 fake accounts scandal prompted regulatory consent orders, which have made it a challenge to efficiently run the bank, especially during the epidemic. Scharf has been suggesting that job cuts and a reduction in expenses were to be expected.

In the meantime, federal regulators have ordered the bank to cut dividends, adding to the bank’s weak outlook. In fact, Wells Fargo was the only large bank among the six largest lenders in the U.S. targeted by the feds to cut its dividend. The other five leading lenders have maintained their quarterly dividend payouts.

One year ago, Wells Fargo posted $6.2 billion in profit for the second quarter. Its latest quarter loss marks a sharp reversal of fortune.

The bank is also finding it challenging to adjust to the lower interest rate climate. Its net interest margin fell by 33 basis points to land at 2.25 percent.